Brigitte Fielder: I’ll Fly Away - Birds and the Enslaved in Flight in Audubon’s World 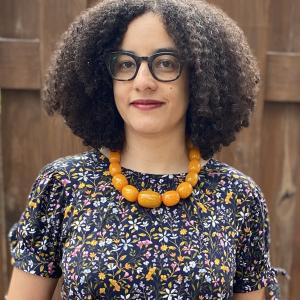 John James Audubon was able to become a famed painter and taxonomer of birds in no small part because he carefully crafted his own white identity. As an enslaver and someone who expressed his racist beliefs openly, he also distanced himself from his own history in order to claim whiteness and its privileges more emphatically. While Audubon became an authority on birds, others engaged with birds in different ways. These included antislavery arguments painting birds as symbols of freedom and stories in which bird-like abilities facilitate Black resistance.

Brigitte Fielder is an Associate Professor in the College of Letters and Science at the University of Wisconsin-Madison. She teaches courses in U.S. literature and culture, particularly early African American literature and children’s literature. She is the co-editor of Against a Sharp White Background: Infrastructures of African American Print and author of Relative Races: Genealogies of Interracial Kinship in Nineteenth-Century America. Fielder is currently working on a book about human-animal relationships in the long nineteenth century, showing how childhood becomes a key site for both humanization and racialization.

Where
Meadowridge Library
Community Rooms A and B Combined
When
6:30pm - 7:30pm
Event Registration
Max Signups: 70 Sorry… This form is closed to new submissions.