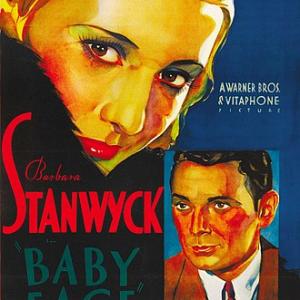 Barbara Stanwyck stars as "a young woman, sexually exploited all her life, [who] decides to turn the tables and exploit the hapless men at a big city bank - by gleefully seducing her way to the top." - IMDB