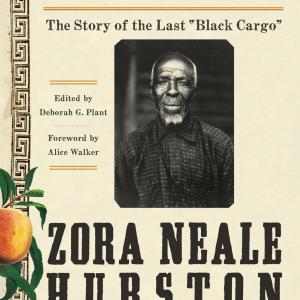 Join us for a discussion of Barracoon: The Story of the Last “Black Cargo” by Zora Neale Hurston. New members always welcome! Copies may be available at the Ask Desk.

Synopsis: In 1927, Zora Neale Hurston went to Plateau, Alabama, just outside Mobile, to interview eighty-six-year-old Cudjo Lewis. Of the millions of men, women, and children transported from Africa to America as slaves, Cudjo was then the only person alive to tell the story of this integral part of the nation's history. The young writer and the elderly formerly enslaved man talked about Cudjo's past--memories from his childhood in Africa, the horrors of being captured and held in a barracoon for selection by American slavers, the harrowing experience of the Middle Passage packed with more than 100 other souls aboard the Clotilda, and the years he spent in slavery until the end of the Civil War.

Find Barracoon on LINKcat
Where
Sequoya Library
Meeting Rooms A and B Combined
When
1:00pm - 2:00pm
Event Registration
This event does not require registration.