She Fights for the Motherland 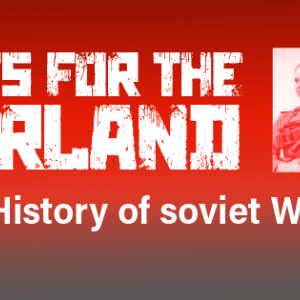 Fermat's Last Theater Company presents "She Fights for the Motherland: Rewriting the History of Soviet Women in World War II" a dramatic reading of excerpts from Svetlana Alexievich’s book The Unwomanly Face of War. This memoir contains the testimony of over 200 women who became soldiers at the brink of the most terrible war of the 20th Century.

For this performance Samra Teferra will be the voice of the author, Maggie Schenk and Mya Kahler as the voices of the soldiers, and Sam Olson will be playing string bass.

This program is a partnership between Fermat's Last Theater Co. and the Madison Public Library and funded by Wisconsin Humanities, Madison Arts Commission, and Beyond the Page, with support from the National Endowment for the Humanities and Madison Community Foundation.